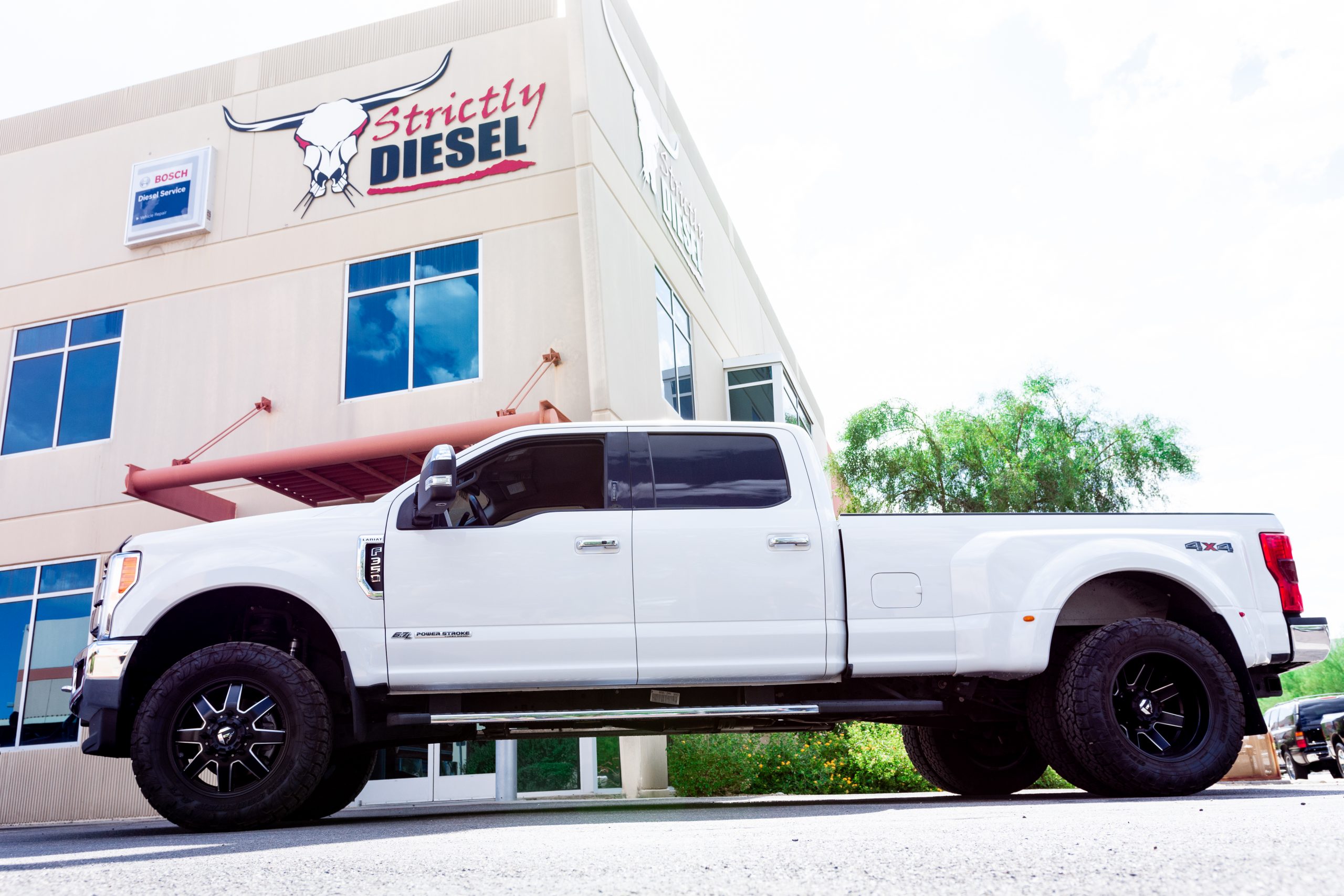 Hitting the road with your trailer in tow typically means there are good times ahead. It does however bring on some added stress with preparing your equipment, packing all supplies needed, and of course dealing with traffic trying to leave town. The last thing anyone wants to worry about is their tow rig breaking down. We’ll show you some simple upgrades to improve cooling and reliability of your 2011-2019 6.7L Powerstroke.

John’s F350 is used to haul a 42ft fifth wheel trailer, hence the need for the Reese 27K fifth wheel hitch in the bed. Although the truck is rated to tow this kind of weight, there’s no doubt the truck is working hard. First on the list was adding an Edge Insight CTS3 monitor providing him with much more real time data than the dash displays. We used their new pillar mount which is very sturdy, keeps the monitor in clear sight and looks super clean.

The 2011+ 6.7L Powerstroke engines and transmissions run hot by design, and can run very warm when towing in our heat. The next two items focus on cooling.

In factory form the transmission fluid runs through one of the radiators and a small external heat exchanger, they do not have an external air-to-oil cooler. Our Driven Diesel Transmission Cooler kit solves that problem by mounting a large cooler behind the grill. Once installed it fits as if it rolled off the production line with it in place.High trans temps are now a thing of the past for John!

Last but not least on the list was to improve engine cooling. We installed Bullet Proof Diesel’s engine oil cooler upgrade. It’s larger size will help reduce engine oil temps. It mounts in the factory location with no modification required and just like our trans cooler kit, it looks like it came that way from the factory.

Since this truck already makes a ton of power, the key focuses were improving reliability and longevity. John’s truck will now help him escape the heat with a little less stress. Best of all these are upgrades that won’t break the bank.