MATT’S DURAMAX TO BE HANDED DOWN 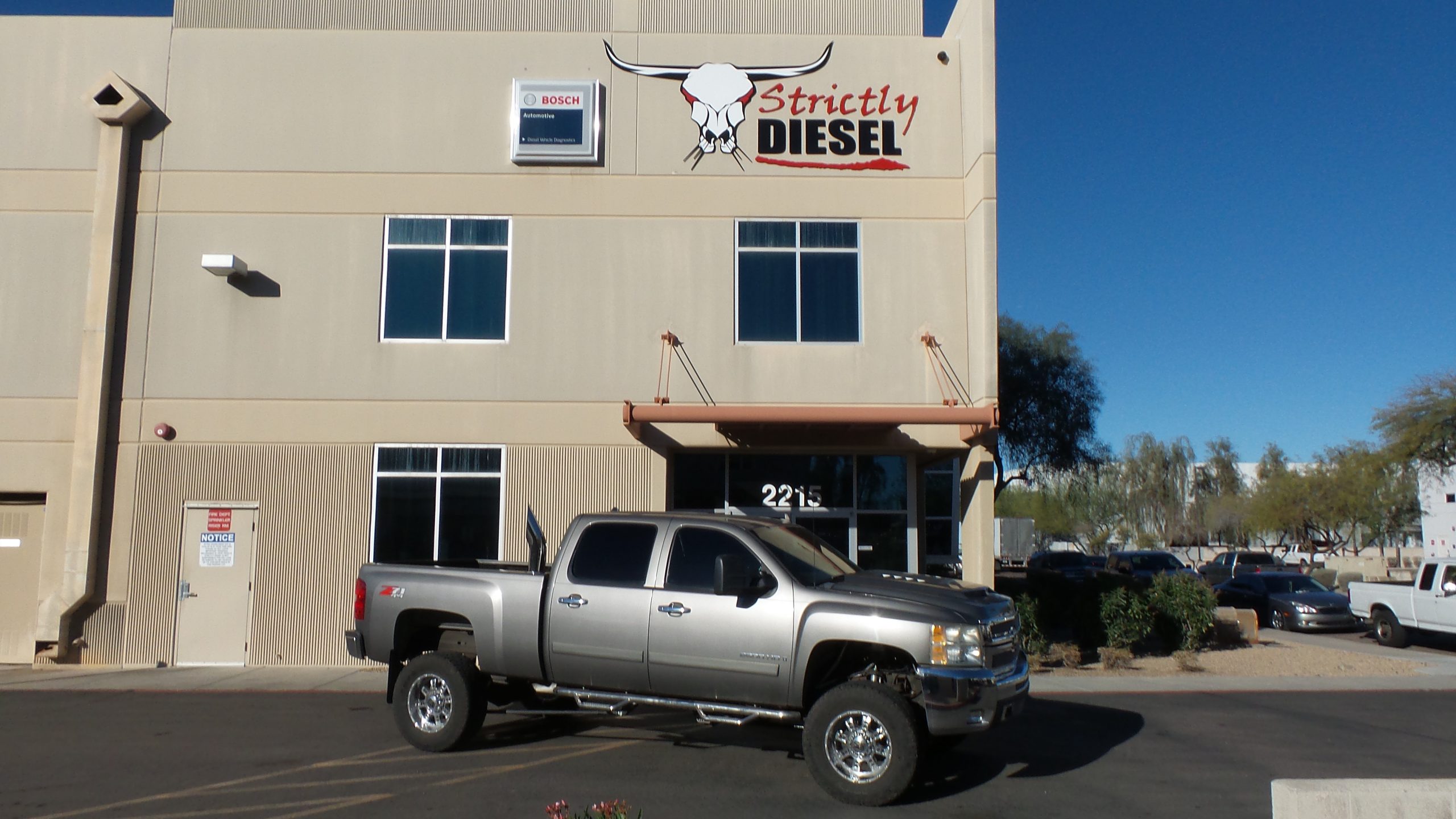 BUILT FOR FUN & PASSING DOWN TO HIS SON

Matt has owned his 2007.5 Duramax for several years now and it’s seen several changes and upgrades along the way. It all started when a PPE Programmer was added and the diesel bug bit him in a big way with the added power. Matt’s fortunate enough to have company truck which helps keep miles down on the Duramax and affords him to use it for “fun” at the drag strip or freeway on ramps.

What you can’t see is what makes this truck fun! Under the hood power is made by a set of 60% over Industrial Injection fuel injectors, PPE Dual Fueler kit fed by a FASS lift pump, Snow Performance water/methanol injection system, PPE 4094R turbo in the engine valley and an SDP Twins Compound kit powder coated Chevy Orange. To handle higher pressures and heat it also has a set of PPE exhaust manifolds and up pipes, a BD Diesel intercooler, and a PPE Stage 5 Transmission kit with their billet triple disc converter to transfer power to the wheels. All of that heat and noise from the engine exits through a set of chrome stacks in the bed, so it’s likely you’ll hear Matt’s truck before you see it.

Down the road Matt plans on building the bottom end to support the power it makes for a long term recipe. Once the motor is built he plans to enjoy it for as long as he can before passing it down to his son. That’s one lucky kid!