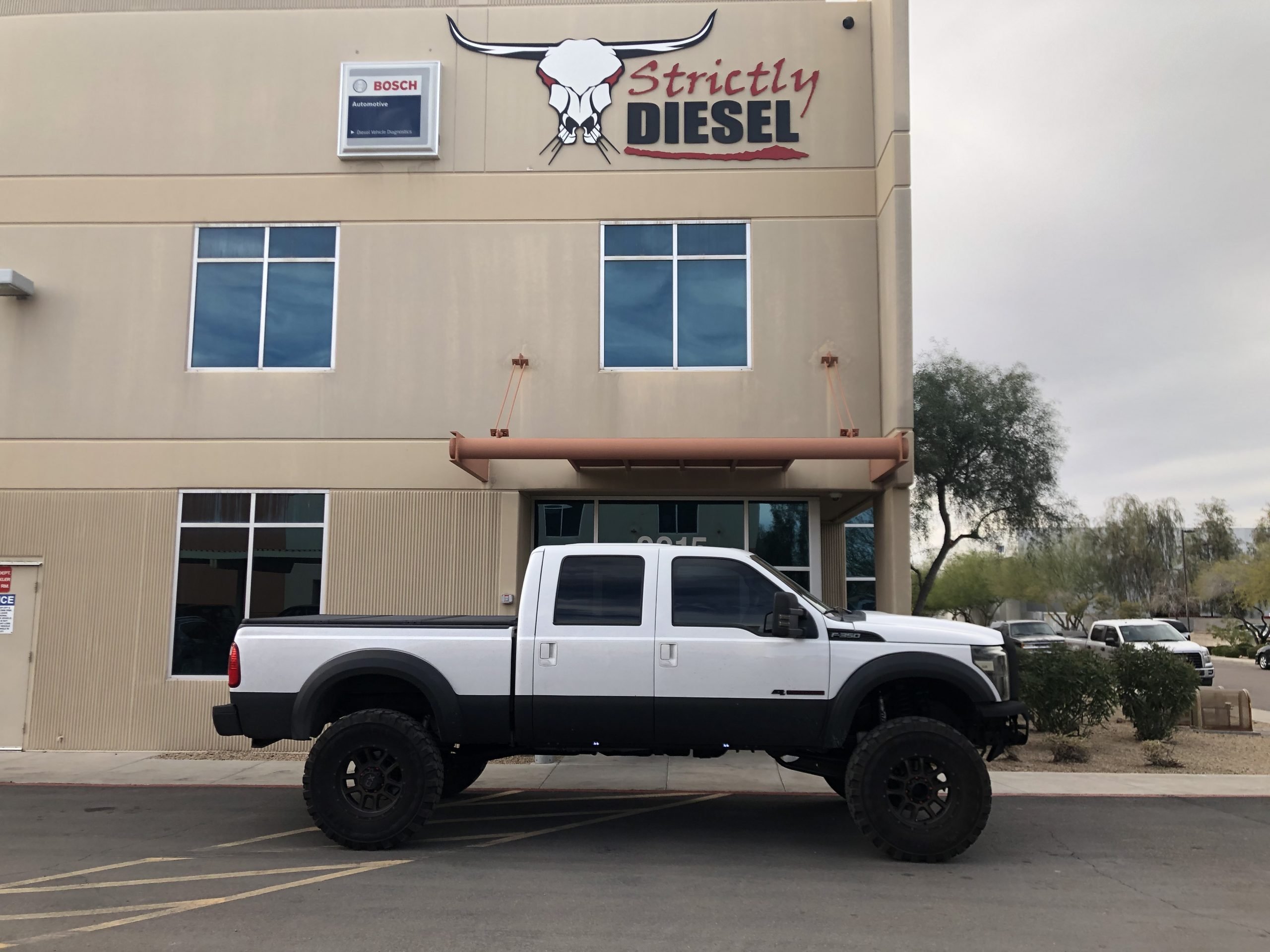 RIDING IN THIS YOU'LL HAVE A CLEAR VIEW OF ALL TRAFFIC AHEAD!

After years of owning a 6.0L Powerstroke and performing all of the necessary repairs/upgrades to make it reliable Michael finally gave up on it. He opted for a newer more reliable platform with creature comforts his previous truck didn’t have.

He decided to purchase a 2015 F350 which was already lifted and took it a few steps further. The first step was to trim the front bumper to make room for the massive 41″ Continental tires. These tires have an extremely stiff sidewall but the ProComp lift kit with Fox shocks help keep it riding smooth with good road manners. Calibrating for the tire size was performed using a Speedometer Calibrator from Hypertech, that is also needed to keep the shift points where they need to be. These tires also weigh a ton, to make sure he has the power to move them a Livewire TS with emissions compliant tuning from SCT Performance and an air intake from S&B Filters were installed.

This engine is known for injection pump failure (CP4) which will send metal throughout the fuel system. To prevent catastrophic failure he had install the disaster prevention kit from SPE Motorsports. This kit does not require cutting any of the factory lines and prevents metal from going through the injectors but also prevents it from being returned to the 60 gallon Titan fuel tank.

Michael also added a few cosmetic upgrades by using a black coating to cover the chrome grill and both bumpers. He replaced the ugly factory exhaust tips with a larger one that exits after the rear axle, which also displays a G2 rear diff cover. No matter how tall you are, a truck this size requires a little boost to get in which is done with a set of AMP Research retractable steps.

Where ever he wants to go his truck will get him there, except a parking garage…